Starship Refugees
Three generation ships filled with refugees from a dying Earth search for new homes among the stars. After more than a century of trekking among the stars with their ships failing and their people starving, they find worlds compatible to human life. And there they find alien life so similar to their own that their dreams seemed to be fulfilled. Instead of paradise, they encounter cruel caste systems, hostile governments, slavery, and worlds at war. The only chance for humanity's survival will be the bonds formed between courageous Earth women and the alien men who can't help but love them. 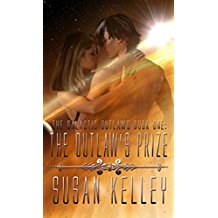 In the distant future, mankind has colonized space. Though the majority of the human population is centered on a few central planets, the outlying worlds are wilder and more independent. Most don't recognize the central government that does little for them except to impose taxes. These rebellious people live by hard work and smuggling their goods to avoid the crippling taxes.

A family dynasty of smugglers serve as the protectors of the far flung colonies, bringing medicine, technology and other necessities to their people. Simon Carver V, better know as Quin, is the heir apparent to the smuggling empire. Along with his two friends, Jake Ross and Rain Silver, Quin doesn't just want to help his people survive, he wants to bring down the corrupt central government. Along the way, the three companions meet women smarter than themselves. These amazing women form the last bit of the weapon needed to change the universe.

The Warriors of Gaviron
Mankind has colonized many distant worlds, each year moving farther away from Earth. The inevitable happens when a vicious predator invades their peaceful settlements. Unprepared and without effective weapons against the intelligent creatures, thousands die. Until hope is returned with the arrival of the first alien humanoids the Earthlings have encountered. The aliens have battled the predators for generations and lost. Their entire society has fallen except for a few exceptional warriors. All the aliens ask in return for their help is for humanity to provide them with mates so their race doesn't entirely die out. But when it comes to defeating this merciless enemy, the alien warriors will need the ingenuity of the women who volunteer to work by their sides. 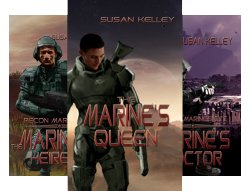 The Recon Marines
In the future, wars are fought with genetically engineered soldiers. But what happens to those soldiers when the military no longer needs them or trusts them? Are they really men or just a living weapon to be discarded when they're no longer needed? The Recon Marines flee for their lives when the government decides they're more a threat than a useful tool. They dream of being part of a peaceful world, but society is more alien to them than any new world they've tamed. Only powerful women of a special strength and patience can save the surviving Recon Marines from themselves and the people who created them.