The World As Our Characters Know It

One of the really fun parts of starting a new fantasy series as a writer is creating the world the story will take place in.  Some created worlds are so different from ours the world is a story unto itself.  Brandon Sanderson is a good one for creating settings that are more than just background noise for his characters.  In the first three books of his Mistborn series, the world is a gloomy place on the verge of total annihilation.  Only as the reader gets toward the end of the novel, does one come to understand that the reasons behind the harsh conditions of that world and what it will mean to the beloved characters struggling to survive.  Sanderson's novel, The Way of Kings, is another great example of a world very alien to ours and I know as that series progresses, the physical and political aspects introduced in the first novel will slowly start to make sense and become like another character in the books.

As an author of fantasy, there are lots of decisions to make.  A big one is how much different do you want your world to be from ours? Will gold and silver still be precious? What will the political system be? Will the sky be blue and the sun yellow? Are apple trees still apple trees?  It's fun, but also a challenge and that's without getting into how magic will work in the invented world.

In my Futhark series, Beyond the Gate and The Keepers of Sulbreth, some of the creations in the fantasy kingdom of Futhark are demon creatures.  I've pulled them from my imagination but made most of them similar to beasts we often fear as children.  Some are wolf-like but with bigger teeth.  Some run in packs and are like rats with poisonous bites.  Some fly and are similar to pterodactyls but all the demons have a taste for human blood and destruction. They're fun to write about. 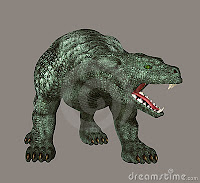 Scifi authors have fun things to create too, though I would guess they have to follow some scientific rules.  But since none of us know what other worlds are like or what ships that zip from galaxy to galaxy will use as fuel, they can dig deep into their own imaginations for their stories also.

What author do you think creates exceptional or memorable worlds? Do you enjoy doing it as an author? Have you read a novel where the world differences bothered you?
Posted by Susan Gourley/Kelley at 10:00 AM

Email ThisBlogThis!Share to TwitterShare to FacebookShare to Pinterest
Labels: Beyond the Gate, epic fantasy, Futhark as a fantasy land, The Keepers of Sulbreth, world creation