To Each Our Own

I think no matter how open-minded we all believe we are, it's only human to stereotype.  Often we're not even aware of it.  When we're shopping and see people dressed a certain way, we assume things about them.  When we see a bunch of loud teenagers dressed in black, baggy pants, tattoos and untied, too-large sneakers clopping down the mall concourse, we all veer to the other side of the walkway.  When we see a screaming child and an impatient mother, do we assume neglect or something worse? 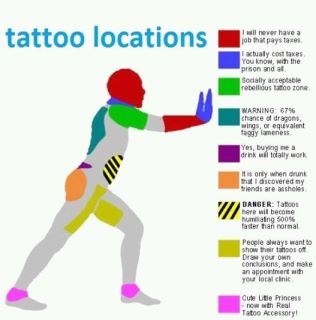 Do we do the same as writers? If we have a gay male character so we make him a fashion expert? If we have a politician, so we always make him corrupt and greedy? Are all the big corporations headed by heartless CEOs who love nothing more than rolling over the little guys? Are the stepmothers always evil? There are many ways to see the world and we each shelter our own prejudices even when we believe we're the most-opened minded people in the world.

I teach teenagers and I learned early in my career to get them know as people and not judge their characters by the costumes they wear. Tattoos are very popular among teenagers now and even if I think most of them are making mistakes by marking their bodies in ways they might come to regret later, that's only my opinion and I don't think less of them because they feel differently.  Any experienced mother will sympathize with the frazzled mother dealing with a child's tantrum in a public place. Most mothers have been there.