As a reader of fantasy and science fiction novels, I'm a big fan of prologues. I love them. Despite what some writers have been led to believe, the most recent statistic I saw claimed that 95% of readers not only read prologues but enjoy them as I do. Don't be put off by that out-of-date but still spouted nonsense about never writing a prologue into your novel. 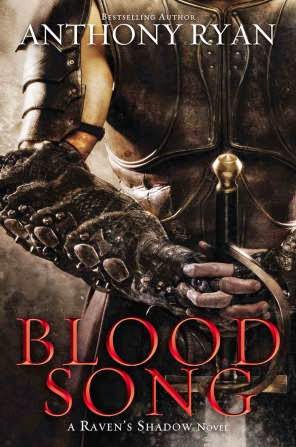 One of my favorite fantasy novels of the past year, Blood Song, by Anthony Ryan, uses a different technique. Ryan divides the novel into a different parts and starts each part with the viewpoint of an historian recording what is expected the be the death of the main character. These short insights are told from someone who hates the central protagonist while the majority of the book is from the protagonist viewpoint. The story bounces from the present view of the historian to the past as experienced by the protagonist. I really enjoyed this technique and am starting the second book, Tower Lord, tomorrow.

Some books start in the middle and then have flashbacks to where the story actually started. TV shows often do this, starting in the middle and then flashing a 'three hours earlier' sign. I'm not such a big fan of this in books but I believe if done with skill it could have the same suspenseful usage as on TV.

A piece of writing advice I was given a long time ago and that I usually follow is to start my books with action. In romance novels this is often the first meeting of the two protagonists or the event that will lead to their meeting or start of their relationship.

The most important thing about that starting point is that it captures the reader's attention. Lots of readers are like me when it comes to finding new authors to try. I read those first few pages, getting a sense of the author's voice and the pace of the novel. There also needs to be a hint of the conflict, an interesting one, and at least a brief sense of setting.

Where do you start your novels? Do you like prologues? Did anyone ever tell you not to include one in your novel? Do you put action on those first pages of your book? Don't forget to visit IWSG blog today for some great insights into the writing life.
Posted by Susan Gourley/Kelley at 4:00 AM