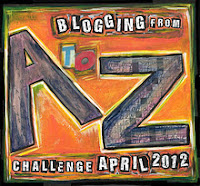 S:  If you query an agent or editor, you need to be able to label your novel or story.  Sometimes the line is blurred or it's difficult to put your writing into a specific category. There are about six general divisions among the types of fantasy.

Epic Fantasy:  Epic means a long story, usually with a band of heroes who fight to save the world.  Most often the world is a medieval setting with magic intertwined in the story.

High Fantasy:  High if very similar to epic in the setting and often it is also very long.  The difference is that the focus is more personal with one hero battling one villain.

Sword and Sorcery:  S&S is sometimes thought of as being 'guy' fantasy.  There's lots of blood and fighting.  Sword battles, man against man, man against demons.

Dark Fantasy: Dark fantasy is not horror.  That's a totally different genre.  In dark fantasy, the main character is often an anti-hero, a person who is not totally good though he often does good deeds for his own reasons.  Often this type of story takes place in a world where evil has won and the law is survival of the fittest.

Historical Fantasy: Historical intermixes magic with historical events.  Think something like Hellboy where they intertwined his story with that of the Nazis. Alternate history novels are often this type of fantasy.

Contemporary Fantasy: Contemporary means present day fantasy.  In these novels, we share our world with magic and fantastical creatures.  There are lots of examples of this, including all those vampire and werewolf stories that have popular today.  Angels, magic doors to alternate kingdoms and other popular fantasy plots fill the shelves of book stores.

Can you fit your work into an exact category? Do you like a particular type of fiction or do you like them all?
Posted by Susan Gourley/Kelley at 4:53 AM

Email ThisBlogThis!Share to TwitterShare to FacebookShare to Pinterest
Labels: A to Z Blogging Challenge, Fantasy genres