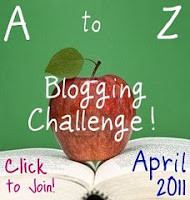 We've all seen it on TV or at the movies.  Someone is home alone and hears a sound in the house, perhaps the basement.  They go to investigate, try the light switch and it doesn't work, or course.  Our intrepid hero or heroine doesn't let that stop them.  He or she continues down the steps, calling out 'Who's there?'  Can they be any dumber.  Dumberer?

The soon to be victim has become someone who is TSTL.  That's what authors call it.  Too Stupid To Live.  In that movie or TV show, they probably will die a gruesome death by a mass murderer, supernatural horror, or something evil and ugly.  We expect it even as we watch and think why would any one be so stupid as to go down those dark steps or into the water at night or into the woods on a moon less night.

The movie people get it right when they knock off those idiots and we as writers have to learn from this.  Sure our protagonists have to stumble and get into trouble, but they can't do so because of complete incompetence or lack of common sense.  Readers want to like the characters in our books and if we're lucky, they'll love them.  But most of us won't fall in love with a fictional character who is 'too stupid to live.'

I've put books aside because I didn't care about the characters.  Sometimes they were whiny or selfish and they did things I couldn't fathom.  And I make a point to figure out how I would have made the character different.  I want my character to be lovable.

So have you read a book with a TSTL character? What behavior by a character in a movie or book puts them in the TSTL category in your opinion?
Posted by Susan Gourley/Kelley at 7:10 AM

Email ThisBlogThis!Share to TwitterShare to FacebookShare to Pinterest
Labels: A to Z Blogging Challenge, too stupid to live