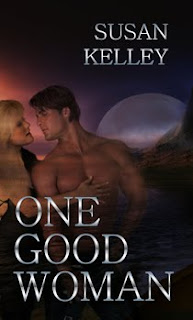 This ninety degree day seems like a good time to bring up one the big snowstorms we had way back last December. Like so many of the durn things, it was over a weekend and didn't even have the decency to get us off of a day of school. It also canceled a big local authors event at the Midtown Scholar Bookstore.  Catherine Lawrence has gathered loads of local talent and organized a great literary showcase. There's too much going on Saturday and Sunday for me to list it all so go here and read all about it. If you're local, I hope you'll stop in. If you're not local but someday you pass through Harrisburg, PA, I hope you'll stop in and give this independent book shop your patronage. Great times, wonderful people.
I'll be there selling my books, romance and fantasy. Hope we have some nice weather and big crowds. Do you shop at any independent bookstores?
Posted by Susan Gourley/Kelley at 11:47 AM 4 comments:

What Can You Learn from Agent/Editor Panels

Every writers’ conference has a few panels designed to answer general questions on their area of expertise. Pennwriters featured two panels, one with agents and one with editors. I had to miss most of the editor panel to attend my pitch session(still clinging to hope on the requested submission), but I did scribble a few notes.

Barbara Lalicki focuses on tween fiction which is books for 8 to 10 year old or 10-14 year old child. Barbara claims no particular pet peeve only a regret. She wishes she could spend more time wither her authors and have a more personal relationship with them.

Unfortunately, I had to leave the editor’s presentation after these few enlightening remarks. It is a given at writers’ conference that you can’t listen to every presentation.

The agent panel had some good tidbits for query letters. Alex Glass of Trident, Jenny Bent, Janet Reid and Emmanuelle Alspaugh sat at the head table and took questions. All four agents prefer e-queries and offered some input as to how it should be done. Each of these agents graciously gave other presentations throughout the conference and you can read about them in previous posts.

The three women chastised Alex Glass in front of the audience because he admitted he didn’t respond to queries if he wasn’t interested. He gave into their majority and said he would in the future but I wouldn’t count on it if you’re submitting something to him. Jenny Bent said her best quality for helping you succeed was her push personality. It sounds like a good thing for an agent to have.

Emmanuelle impressed the other agents and the audience by saying she would respond to a full within four weeks. Janet Reid advised you to be careful in you cut and paste on your query email. This can mess with the formatting especially is you use Gmail. Put space between your paragraphs.

Don’t include an address heading like you would on a regular letter and it is fine to use the agent’s first name. Janet gave the example of someone pasting a query to her and it had someone else’s name in the heading.

Make sure the agent you contact actually represents what you’re written and follow the submission guidelines found on their websites exactly.

Most of what was shared was common sense but reminders don’t hurt. Have you queried agents or editors who have never responded? What is the shortest time and longest time you’ve waited for a response?
Posted by Susan Gourley/Kelley at 1:30 PM 11 comments: 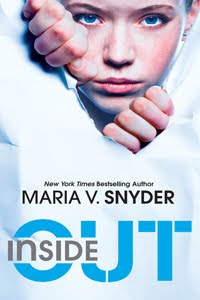 As I start writing the first book in my third YA series, I'm constantly referring to the notes I've taken at Maria's workshops. I've been fortunate enough to hear her speak a number of times and most recently saw her at the Pennwriters Conference in May.

Maria V. Snyder is not only a well-known successful novelist, she’s an excellent educator and presenter. I’ve heard Maria’s presentations before at my local RWA’s meeting. She’s very generous with sharing her expertise. You can visit her website and find links to outlines of her workshops.


Maria’s two bestseller series are the ‘Study Books’ which were first released as fantasy and have now been promoted as YA fantasy. The ‘Glass Books’ are her second series and came out as YA fantasy and are set in the same world at her ‘Study’ series. Her newest release, Inside Out, is a futuristic YA novel. All her books have some things in common.

First is her intricate but not overly complex world building. In her fantasy novels there is of course magic in her worlds and many things unlike from our world but not so radically different to be confusing. Maria gives a list of dozens of questions that you must ask yourself about your fantasy world before you write it. Animals, weather, education, medicines, government, physical features, clothing and add to those how magic works and how it affects the world and the story. Then you must decide how you’ll introduce all the answers to those questions in your novel. Of course you don’t want to commit the sin of info-dump in the first chapter but you need to work it all in so the novel makes sense to the reader.

A few other tidbits Maria passed along had to do with language in your created world. She emphasizes readers don’t like to be confused so don’t make up a lot of new words. Call chocolate, chocolate. Avoid unpronounceable names for people, places or objects.

The other part of Maria’s presentation at the Pennwriters Conference was her ‘Show vs Tell’ presentation. You can read some of the examples she gives on her website. She also rolled a lesson about writing in scenes as part of this session. She explained scenes as mini-novels that must have a beginning, a middle and an end. They must start with a hook to engage the reader so they want to keep reading. If you’ve read her novels you know she does this very well because it’s very difficult to put any of her books down.

Maria also shared some scenes from her books to demonstrate how to use all the senses in a scene to draw the reader into the fantasy. Don’t rely alone on sight and sound but use smell, tastes and textures to give the created images more depth.

If you ever have a chance to hear Maria speak, you’ll walk away with at least one if not dozens of new ideas and thoughts on how to improve your writing. Visit her website to learn even more.

Have you ever read a novel with exceptional world building? Have you ever put a novel down because the names or worlds were so confusing?
Posted by Susan Gourley/Kelley at 5:30 PM 7 comments: 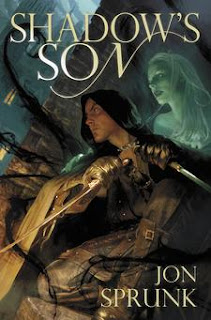 Today I'm pleased to introduce you to a colleague of mine. Jon Sprunk's first fantasy novel, Shadow's Son, is now on the shelves of all major book sellers. His reviews have been terrific. He was kind enough to visit my blog for a quick interview. If you'd like to know more about Jon and his book, visit his blog. Feel free to ask him any questions you want. I'm sure he'll jump in and answer them and don't forget to look his book up when you visit your favorite brick and mortar or online retailer.

Jon, can you tell us a little bit about your background as a writer and what inspired you to select this career?

First, let me thank you for this opportunity to talk with you today.
I received my B.A. in English from Lock Haven University, but that is entirely beside the point. By writing career almost surely began in junior high. Often bored by my classes, I would daydream, and somewhere along the line I began to write down these fantasies, which more often than not were pale imitations of what I was reading at the time. At that age (and even to this day), I was enthralled by the works of Robert E. Howard, Michael Moorcock, and J.R.R. Tolkien. These were my first mentors in the craft of writing, and my inspiration.
I began my first full-length novel in the summer between my junior and senior years of high school, and I worked on that project throughout college. Quite proud of myself, I sent it to every SFF publisher listed in Writer’s Market and thereupon began my prodigious collection of rejection slips.

I assume you read a lot of fantasy, but what else do you like to read?

I also enjoy the other half of SFF, namely science fiction. My favorite novel is Stranger In A Strange Land by Robert Heinlein. I also enjoy some of the Russian masters (such as Tolstoy, Chekhov, and Dostoyevsky). But I always find myself coming back to fantasy.

Is Shadow's Son the start of a series?

Yes, it is the first book of the Shadow Saga trilogy. The sequel, Shadow’s Lure, is scheduled to come out in 2011.

Can you tell us why we're going to love your hero?

I’m not sure you’re supposed to love him. He’s not a knight in shining armor, or even a particularly nice person for that matter. He’s an assassin without qualms about his life of work. His life has been tough, and it’s made him a tough person. Survival comes with a cost.
But he also has some admirable traits. He’s a professional; he never kills without justification. He is honest and even-handed, but he does not tolerate those who prey upon the weak. He’s not the sort to shirk from a difficult task when the going gets rough. Then again, getting on his bad side wouldn’t be a smart idea.

Tease us with one little thing about your fantasy world that makes it different from others.

There are two sides to the world I’ve created, like the two sides of a coin. There is the normal world, and then there is its Shadow. The normal world works much like our own did some six or seven hundred years ago, but the Shadow is a place of chaos and sorcery where things are seldom what they seem. My story begins at a time when the forces of Shadow have begun to bleed into the normal world.

Where can your readers and fans see you in person?

Well, I’m shy, so you won’t often catch me out in the wild. But I am holding an event at the Camp Hill Barnes & Noble on June 16 (6 p.m.). Books will be signed, a passage or two might be read, fair ladies will swoon, and cake will be eaten–not necessarily in that order.
After that, I have nothing set in stone until Dragon*Con in September, which will be my first official convention as a published author. I suppose they’ll probably haze me by making me mop the floors and pick up trash.

Can you give us a blurb?
It would be my pleasure. This is what one author had to say about Shadow’s Son:

Thank you, Jon, for visiting today. I can't wait to pick up my copy of Shadow's Son at your booksigning.
Posted by Susan Gourley/Kelley at 4:44 PM 5 comments: