Today I say good bye to RWA. I’m not leaving the organization because I think they’re not doing a great service for writers. I’m not leaving because I get nothing from them. I’m making a purely financial decision. Like so many of you, my family has been tightening our belts. With two children in college and another due to start before the others finish, we’re doing all we can to budget every dollar. So as of today, RWA is not in the family budget.

I don’t recall exactly how much I paid for my first year’s membership but I’m rather sure it cost about thirty dollars more per year to belong now than it did at first. Those early years provided me with invaluable insight into the industry but at this point in my career I don’t need so many of the things I see in RWR, the publication for members. I don’t intend to ever attend the national conference so the many pages of the publication dedicated to that every year are lost on me. The only thing I’ll miss about belonging to RWA is my local branch of the organization.
Leaving CPRW is breaking my heart. I love those ladies and one gentleman. They’ve supported me and cheered my success. They’ve lifted my hopes as they share their victories and accomplishments. They’ve given me inspiration and provided laughter. Over the years they’ve answered my questions from the silliest little thing to the big ones. They never give up and their boundless determination to succeed is contagious. I miss them already.
I’ll still keep in touch with many of them through their blogs and on facebook. A few of them are members of Pennwriters so I’ll see them at that conference in May but it won’t be the same as meeting with them on the first Saturday of the month or reading about their accomplishments on the Yahoo loop. So I want to thank them, send them my best and perhaps one day I’ll be back.
Posted by Susan Gourley/Kelley at 9:30 PM 4 comments: 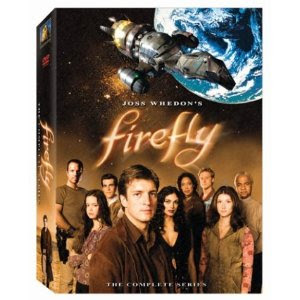 If you speak with twenty writers you'll hear twenty different versions of how, when and where they write.  Some need total quiet and peace, some write in snippets of time, some spend solitary, uninterrupted hours at the keyboard.  Others can write anywhere, minutes or hours at a time and somehow make it work.  Some people love to work in a public coffee house or a quieter setting like a library.  A few fortunate writers can escape to a serene B&B or something similar and have near solitude, protected from the distractions of family and the noisy world.
I grew up on a farm with a full house.  Seven children, a dog and lots of family chores to fill most hours of the day.  Free time could be measured in minutes not hours.  I did my homework in front of the TV because the only hours I had to watch it and were the same few hours I had to spend on my homework.  Even with the distractions of my favorite western shows, the buzz of family conversation and usually my father snoring away, I managed to complete assignments and study for tests.  Perhaps that early training with all the background noise is why I write best when I have a movie or the TV playing nearby.  It has to be a rerun, of course, and usually I select it by theme.
Currently I have Firefly playing on the desktop computer while I work on my laptop.  I'm not going to go into what my WIP is about but the movie gets me in the correct mood.  Later I might slap in something like Sense and Sensibility though I might have the dialogue memorized already.
So what do you need keep the writing flowing, quiet or noise? Public venues or your office with the door barred and locked? Does what you're working on influence how and where you work?
Posted by Susan Gourley/Kelley at 6:50 PM 7 comments: 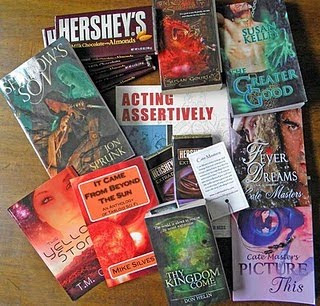 It's here! Blogmania!  Link over to The Susquehanna Writers and take a chance to win a prize worth more than $100.  Books, chocolate and wonderful things for readers and writers.  From there you can link to other blogs, make comments, join as a follower and have chances to win even more prizes.
Blogmania is a drive to bring more traffic to blogs by bribing people with terrific gifts with no risks involved.  And hopefully some of those newcomers and will stick around and help our group blog grow.  I've donated the first book in The Solonian Chronicles, The Greater Good.  I hope whomever wins it wants to read the next three book in that series.  I've also donated a copy of The Keepers of Sulbreth.  With the next book in that series due out in January, I'll be doing lots of promotion over the next few months.  Stay tuned.  Please hope over and follow The Susquehanna Writers.  Maybe you'll win.
I've won some terrific books in a few contests sponsored on blogs and some other neat items.  Have you ever won and if you have, what was the best prize you ever received?
Posted by Susan Gourley/Kelley at 8:29 PM 1 comment: 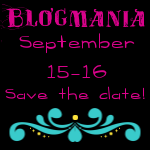 The Susquehanna Writers, a group blog composed of local Pennwriters, is going to be part of Blogmania.  Every blog involved in this yearly event will offer terrific prizes.  All prizes must have a minimum value of $100.
Later this week I'll have a picture of the basket put together as a group effort by my colleagues.  I contributed copies of The Greater Good and The Keepers of Sulbreth.  Hopefully I'll not only interest some new readers but we'll draw more followers to our young blog.  Cate Masters is running her own giveaway as a leadup to the September 14th and 15th event.
I want to thank Cate for all the work she's done to set up our blog and give her due credit for its success.  I can't wait to see how many new followers we get.
How many blogs are you part of?  Are they all your individual blogs or are you part of a group? Have you found contests and giveaways to be successful ways of bringing attention to your blog?
Posted by Susan Gourley/Kelley at 4:57 PM 2 comments:

I rewarded myself for finishing a rough round of edits by taking most the weekend off from any writing work.  I've spent the last hour putting things back in place on my desk, making little stacks of to do chores and planning my next week's goals. 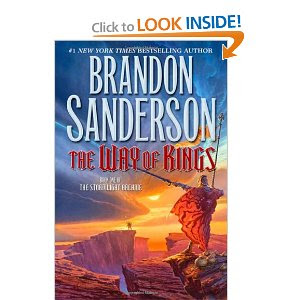 Like any writer, a reward break means reading.  Normally in a four day weekend I might have read three or four books but this time I only read one.  I didn't get started until Friday night but once I started I couldn't start.  The Way of Kings by Brandon Sanderson is difficult to pick up, physically. How much does a 1000+ page hardback book weigh?  Three pounds on Amazon.  If you can, I strongly advise reading it on your e-book reader.  On the flip side, it's nearly impossible to put down for those of us who love an epic fantasy and incredible world building.
Sanderson has the knack of dribbling hints and clues to the mysteries of his world but never quite giving it away.  Each time something is revealed the reader had one of those 'aha' moments.  One of my sons and my daughter were bugging me about finishing the book so they could start.  I told them I was on page 650 and still wasn't sure who the good guys and bad guys were.  But each chapter became more tense for me as a reader not only because of the intricate plot but because of Sanderson's characters.  No person in his books are sterling heroes or dark demons.  Their flawed and filled with self-doubts.  They love and hate, not always for the right reasons or the greater good.  Their situations are impossible, often physically and emotionally.  As a reader I couldn't help but worry as the storyline tortured the characters with hope and then slapped them with despair and pain.  And as someone who has read all of Sanderson's books, I knew no one was safe.  No one was too heroic or central to the story that they must survive.  No one person would save the world and pick up the crown of victor.  And like all great fantasy stories, the history of the created world is slowly revealed and clues given to past events influencing the present.
So after reading one thousand pages, the last one hundred the chocolate sprinkles on the ice cream, I can't wait for the next book.  So how long will it take Mr. Sanderson to write the next one? Too long for this fan.
Have any of you read a book written recently of such a size?  Is fantasy the only genre who gets away with such a thing and leaves its readers screaming for more?
Posted by Susan Gourley/Kelley at 4:50 PM 1 comment: