Catch the sparks you need to conquer writer’s block, depression, and burnout!

When Chrys Fey shared her story about depression and burnout, it struck a chord with other writers. That put into perspective for her how desperate writers are to hear they aren’t alone. Many creative types experience these challenges, battling to recover. Let Keep Writing with Fey: Sparks to Defeat Writer's Block, Depression, and Burnout guide you through:

With these sparks, you can begin your journey of rediscovering your creativity and get back to what you love - writing.

When I shared my story about depression and writer’s burnout, I received many emails, comments, and Facebook messages from other writers thanking me for my bravery and telling me about their own trials. That really put into perspective for me how many people suffer from depression and/or burnout in silence. I had no idea those individuals were impacted by these things, just as they hadn’t known that I was, because my outward presence to others was always happy and smiley and bright.

After the supportive response and upon realizing how many writers in my online circles were struggling, too, I wanted to do something to help. I was candid with my experiences and blogged about the things that assisted me through the rough times in the hope that it would aid others.

During this time, I recognized the need for writers to receive support, guidance, tips, reminders, and encouragement during their writer’s block, depression, and burnout. That’s how I got the idea for this book. A book not just about depression or only about writer’s block, but both, and much more.

Since you have picked up this book, that means you may need assistance with one or all of these areas, and I sincerely hope you find what you need here…that tiny spark to get you through whatever you are going through. 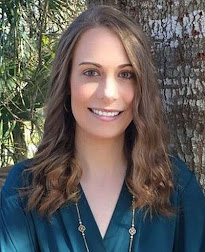 Chrys Fey is the author of Write with Fey: 10 Sparks to Guide You from Idea to Publication. She is also the author of the Disaster Crimes series. Visit her blog, Write with Fey, for more tips on how to reverse writer’s burnout. https://www.chrysfey.com/

Posted by Susan Gourley/Kelley at 5:30 AM 7 comments: 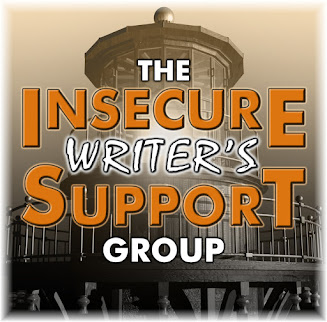 How can it be August already? Yet, I know it is because it's time for the IWSG blog hop. Please find the other participants in this blog hop here. Thank you to all those who keep this monthly event going and to Alex J. Cavanaugh for bringing us all together in the first place.
Skipping this month's optional question, let me get right to the whining part. Never mind. My family is fortunate to not have lost anyone during the pandemic though it has brought varying levels of stress to us as it has to the entire world. I know we've been blessed that none of us have lost our jobs and we haven't had to worry about money anymore than usual. So no whining this month.
Like many writers, I don't mind avoiding social gatherings. Trapped at home with my writing and my books! I've gotten much more done than if we'd been doing more traveling and socializing over the past months.
I'm a little bit Zoomed out, but there's no end to that in sight. I am tentatively scheduled to go to a one day writers conference in Erie in October. I love the optimism involved in planning it and really hope we can actually get together.
"Even if I knew that tomorrow the world would go to pieces, I would still plant my apple tree." Martin Luther
I really enjoyed season 2 of The Umbrella Academy. The last season of the dystopian show I've always enjoyed, The 100, has been disappointing. TNT's The Alienist is darker and grimmer than ever. I enjoyed the books and watch the show but it's not for the faint-hearted. It's always so horrifying how terrible life was for the poor during those times. Not that's it's so great now.
My husband is clinging to some hope that there will be some kind of football this fall. I'm not so hopeful, but I've talked him into a lot of home repairs because he's been bored.
Funny story from my baby brother. He's a self-employed lumberjack. And he looks like one, big and strong. But when the pandemic started, he asked and was told he had to shut down. According to him, it took the state government about two weeks to figure out where toilet paper comes from. Not that anyone is accusing the government of not thinking things through, but according to my brother, the temporary toilet paper shortage was all about the lumberjacks. After a few days of shutting down, he was told he could cut trees again. He was after all, an essential worker.
"Life is really simple, but we insist on making it more complicated."  Confucius
Writing it going okay. About a month behind where I wanted to be, but I hope to be done with the first draft of my WIP by the end of the month. The good news is that I have two beta readers whom I really trust, so once I get my part done, I'm looking forward to their input.
I'm driving north to Boston to pick up my daughter and bring her home for a week. She'll return to Boston University then to teach and continue her own academic program. The good thing is that BU has their own testing and labs so she doesn't have to quarantine for two weeks.
Has your life been simpler or more complicated lately? Have you been stuck at home recently and is that good or bad? Did you know where toilet paper comes from or is that only state officials who didn't understand how we get paper?
Hope you're all doing well and staying safe.
Posted by Susan Gourley/Kelley at 5:30 AM 26 comments: