Like large chunks of the population of the USA, our family has the TV tuned into March Madness.  Except for my daughter, everyone in our family, me, my husband and five sons played some high school basketball.  The college tournament showcases a lot of teams that aren't usually featured on national coverage.  Sometimes those 'no name' teams are huge underdogs and pretty much expected to lose.  But once in a while, one of those newcomers to the big show beat the favorite.  Sometimes they have success beyond their wildest expectations.  But to do so, they have to play nearly perfect.  No mistakes, no turnovers, make their shots, in other words they need to be nearly perfect.

I'm sure many of us have read a book by a bestselling author and found mistakes. Spelling, grammatical or perhaps what appears to be a sagging middle or plot hole. Perhaps we thought some of the dialogue was still and unnatural or a character was unlovable, or some other weakness that we suspect would be unacceptable for a new author trying to sell that first manuscript.  Writers published by small presses are sometimes closely scrutinized for the quality of the editing and the substance of their books.  Writers who work for small presses or who dare to self-publish are the underdogs against the big names in the publishing show. To come out on top against these well-established and well-known book publishers, the independents have to walk closer to the level of perfection.  Their book isn't going to get published or isn't going to sell because they've sold twenty other bestsellers before this one. 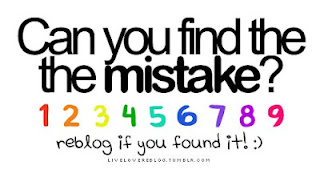 But like those underdogs in the March Madness basketball games, the excitement of being part of the game, reaching that level of success, will inspire great performance.  We often hear sports announcers saying a player is giving  110%, which is impossible of course, but like those players, new authors have to work hard, giving full effort and perhaps for a long time, if we are to reach the next level in the bracket and reach the finals of the big show.

So are you into March Madness? Have you read some books from bestselling authors that don't seem to have the same level of editing as in previous novels?
Posted by Susan Gourley/Kelley at 7:26 AM