A Day In Boston For a Writer

I recently spent two days in Boston for my daughter's orientation at BU. I took along books to read, my B&N gift card since their college book store is B&N. But I left my computer at home and took only a notepad along to jot any information I might want to remember. Well, when you've already seen five previous children off to college, there's only so much a parent can get out of those parent sessions at orientation.  So I skipped out on a few and ended up sitting at an outside table at a cafe and people watching.  People watching is always a constructive exercise for a writer, especially when you're in a new place.

I actually saw someone walking their dog, and they looked alike. I never believed people could look like their pets, but his man and his little terrier really did.  Now Boston University is home to lots of really bright people, and I have to say I saw lots of nerdy attire. Some of it was so stereotypical I'm sure the people dressed that way on purpose. And age had little to do with the clothing thing. Young and old had the look going but they all seemed comfortable in their skin and carried off their wardrobe selections with poise.

Boston has a lot of brick sidewalks and I noticed lots of people trying to walk only in the cemented parts running in patterns through the bricks. I understood completely. Those bricks are really uneven and they do hurt your feet after a while.

Another stylish item that ran a gamut of types was the different bags people carried their laptops, iPads, books, notebooks and folders in.  Vera Bradley made lots of appearances but so did some really cool leather bags and plain old backpacks. I noticed the bag styles because my daughter has been searching for just the right thing.

Ipods, smart phones and other electronics were in nearly every had. I actually saw a young man riding his bike in the bike lane right alongside three lanes of bumper to bumper traffic and using both his hands to text on his phone.  I was horrified and impressed. 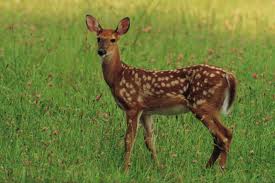 The city was clean and exciting but the only wildlife I saw were the sparrows pecking around my feet in search of bread crumbs. I think I prefer my back deck where I see cardinals, blue jays, gold finches and an occasional bluebird as I write. I usually hear or see the female hawk who has nested in our little woodland for the past three years.  And early in the morning or in the evening I often can watch deer grazing beneath the shade treees and maybe a skunk scampering through. Rabbits, squirrels and chipmunks abound though they're only mariginally more welcome than the skunk.

I'm a country girl forever.  What about you? Does the city energize you or do you prefer small town or country life?

Posted by Susan Gourley/Kelley at 3:41 PM