It's time for my health tip for the month but first I have to ask a question. Can anyone believe it's March already? Maybe I wouldn't be having so much trouble believing it if it would ever get warm out. We're supposed to get snow again this week. Yuch!

In the last few weeks, one of my sons has been dealing with a health issue. Without going into a lot of detail, he had a terribly itchy skin rash which didn't respond to any of the treatments prescribed by his college health service. Finally, I brought him home and my wonderful dermatologist fit him into his schedule. Much to our shock and complete surprise, he didn't have some horrible antibiotic resistant skin infection. The dermatologist if 90% sure the rash is a rare side effect of gluten intolerance.

Now this son is the one who runs everyday. He takes a glass at school called bootcamp. He weighs in at 150 on a good day and eats more than the rest of the family combined. All I could think about was that he would starve on a gluten free diet. My head was spinning. His reaction? He hoped they didn't give him the biopsy report until after the weekend because he and his friends were going on. He said he was going to 'wheat it up' one more time with beer and pizza. And he did. Then for the last week, while we await results, he and his girlfriend cooked gluten free all week. They found a gluten free bakery and pizza shop at Penn State. He lost two pounds without his visits to Subway, but he took it all in stride. Just like he did when he was twelve and we learned he had a heart condition that would prevent him from playing football. As we left the cardiologists office that day he said if he couldn't play football, then he would run cross-country. His outlook is always sunny.

This health tip isn't about eating gluten free, it's about taking the right attitude when disappointments come your way. It's about reducing the stress in your life. According to Web MD, stress contributes to and perhaps even causes just about every lifestyle health problem modern humans face. Their web article claims 75 to 90% of all doctor office visits are for stress-related issues. Nearly half of adults suffer from some stress related issue. 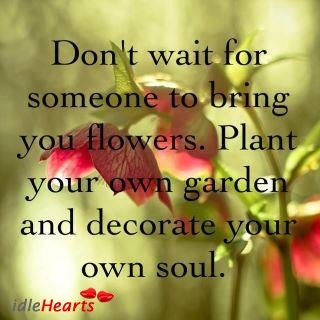 So exercise, eat right and try to worry less. Don't let stress get you down. Learn how to recognize it and find ways to deal with it. Find your happy place and relax.

Back to my son. His resting heartrate hovers in the low 50's. His blood pressure around 100/60 and his BMI is below 13%. Even being around his sunny attitude lowers the stress level of the rest of the family. We're lucky to have him and according to his kinesiology prof, maybe we should all be on gluten free diets.

How do you deal with stress? Ever hear of such a bizzare reaction to gluten intolerance? Could you give up your wheat, barley and rye?
Posted by Susan Gourley/Kelley at 6:30 AM