Did you know what yesterday was? What an amazing historical event transpired? I wasn't there when it happened and only learned about it later when I saw it on an old VHS tape.  Thirty-one years ago was released. It was filmed in Astoria, Oregon where they have a yearly celebration. The Goonies is a movie that holds up well over the years and has gained new fans from each generation since it was made.
The Goonies

What am I reading? Busy indulging in Tuck Watley: Freedom Fighter Fighter by Brandon Meyers and Bryan Pedas. I almost forgot to write this post. Review coming soon. It will be difficult to write one without spoilers. My husband was asking me all evening what I'm laughing at because I almost never laugh out loud when reading.

What am I watching? Game of Thrones every Sunday night. This Saturday, Hell on Wheels starts its final run. I've really enjoyed that series though it can be painful to watch. Person of Interest is almost over also. Only two episodes left. I hope some of the main characters live at the end but I'm not hopeful. A few more shows are coming back over the summer but none that I'm terribly excited to see.

Ankle and ribs are doing better but still a long way from 100%. It has slowed me down with my outside chores but I'm getting a little done at a time.

My sister from Mississippi is visiting at the end of next week. Fun times expected. An anniversary for my husband and I. We'll be celebrating 34 years. Whew, where did that go? What is the secret for a long and happy marriage? Pick the right partner for starts, someone you like as well as love. And practice forgiveness. No one is perfect. Be kind, patient and supportive. My guy is all that. He does think he's the model for all my romance novels, and I'll never tell him different.

I have my daughter for two more weeks before she leaves for Morocco. We have so many things to do between now and then.

The WIP is still going slow. Not enough coffee, I think. My publisher isn't bugging me about it. Yet. 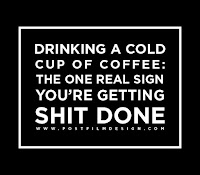 What are you watching this summer? What are your reading this week? Are you a Goonie fan? Anything to add to my recipe for a long, happy marriage?
Posted by Susan Gourley/Kelley at 5:30 AM

Email ThisBlogThis!Share to TwitterShare to FacebookShare to Pinterest
Labels: Hell on Wheels, The Goonies, Tuck Watley