I'm amazed over and over again by the wonderful books available for young people compared to the number of titles I had access to at the MG grade level and especially science fiction stories. I don't usually include excerpts when I have guests on my blog, but this short one from Diane is too good to not include. Take it away D.M.

Thanks, Susan, for inviting me to share my new release, Rescuing Mara’s Father, a science fiction adventure. This was my first attempt at writing juvenile fiction (suitable for age 9 & up). My older grandchildren (ages 9 and 12) have always known I write fiction and that they have to grow up before they can read my books. An idea popped into my head about a teen girl living with her father on the frontier of space, the Outer Rim. I was busy writing the fourth book in my Outer Rim series, a science fiction romance and ignored the idea. But each night before I went to sleep, the story of the girl and her father returned. Sometimes, a writer has to listen to her Muse.

Every writer knows that somedays the writing flows, you’re “in the zone.” And other days, it’s a struggle. Writing about Mara and her father seemed to flow, most of the time. I’m a pantser, writing by the seat of my pants, instead of a plotter. Generally, I know what will happen in the story. The big, black moment in this story gave me fits. I think I rewrote it five times. But once I found the right scene, the rest of the book flowed.

My grandchildren are reading the book now. Grandson (9) says it’s a lame title. He offered to help with the next story. 😊 He’s nothing if not outspoken. I hope my younger readers (and their parents) enjoy Rescuing Mara’s Father.

3 friends, a hidden starship, a quest

Her father is gone! Taken by the Queen of Compara’s agents. Mara has to rescue him before the Queen tortures and kills him.
Instead of the kind, loving father she’s always known, he’s become demanding, critical, with impossible expectations—not just as Father but also as the only teacher in their frontier outpost. Mara would rather scoop zircan poop than listen to another boring lecture about governments on Central Planets. Give her a starship engine to take apart or, better yet, fly, and she’s happy. Now, he’s gone.
Never mind, they’ve had a rocky road lately.
Never mind, Father promised she could go off planet to Tech Institute next month when she turns fifteen, where she’ll learn to fly starships.
Never mind, she ran away because she’s furious with him because he reneged on that promise. Father is her only parent. She has to save him.
Along with her best friend, eleven-year-old Jako, and his brother 15-year-old Lukus, Mara sets off to find her father. Her mentor, old spaceport mechanic, seems to know why the Queen captured Father. In fact, he seems to know her father well. But, does he tell her everything? Of course not. He dribbles out info like a mush-eating baby. Worse, he indicates he’ll be leaving them soon. And Lukus can’t wait to get off their planet. Mara’s afraid they will all leave, and she’ll be on her own. Despite her fears, Mara has to rescue her father.

“There you are!” Jako kneels next to me, his urgent voice and torchlight in my eyes wake me up.
I gasp, my heart racing. I must have fallen asleep. I was dreaming about being chased.
“I’ve been looking all over for you!” He lowers his torch and scoots back.
As I sit up, I shove my hair out of my eyes. My braid came undone while I was sleeping. Automatically, I reach up and use my fingers to comb through my long hair. Jako is breathing hard and heat rises off his small body.
“Why were you looking for me?” I ask as I rebraid my hair.
“I was afraid they got you, too.” He gasps for breath. “I didn’t see you when they took him on board, so I ran back to your house. The Dunpus brothers were laughing about how the goons hauled you away, screaming and crying. I knew they were lying. You wouldn’t cry.” His eyes grow wide. “You should’ve seen their ship, Mara. It was so cool. It was a—”
“Hold on. Took who?”
“Isn’t that why you came up here? To get away from them?”
“Them who?” I might be awake, but my mind is still muzzy. “Slow down. You aren’t making any sense.”
Jako grabs my arm. “Your father, Mara. Coalition goons arrested your father.”

The first time D.M. Burton saw Star Wars IV: A New Hope, she was hooked on science fiction and space travel. The Star Trek movies made her want to travel to other planets. Alas, she is still Earth-bound. D.M. and her husband live in Michigan, close to their two children and five grandchildren. 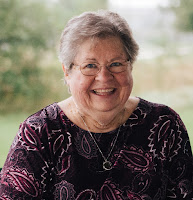 She writes adult fiction as Diane Burton, where she combines her love of mystery, adventure, science fiction and romance into writing romantic fiction. Besides writing science fiction romance, she writes romantic suspense, and cozy mysteries.

For more info and excerpts from her books, visit Diane’s website: http://www.dianeburton.com