It's my pleasure to introduce a fellow Pennwriter, Sandy Nork, and her first in a series novel, Special Risk. She weaves facts in with her fiction as she introduces a fascinating new investigator

Special Risk is Book 1 of 3 planned for the Risk Series starring protagonist Valerie Sloan, a Japanese-American insurance investigator from Philadelphia. The book is a mystery centered around the search for a missing guitar and the involvement of an Asian crime family.

Special Risk took form when I read Tokyo Vice by journalist Jake Adelstein about his life in Japan as a reporter working among the Yakuza. I was intrigued by the idea that Yakuza members were able to come and go in the United States without much interference.

In addition, my husband is a musician who can play pretty much anything with strings. He knows a lot about guitars. He took me to the Great American Guitar Show, which I mention in Special Risk. At one of those shows, he took photos of the Gibson Les Paul guitar that I use as the missing guitar in the book. The “real” one was for sale and the asking price was $250,000.

You might also want to know that “special risk” refers to an insurance clause that covers a musician’s instruments when they take them out of their home to play at a gig.

I’m a plotter, not a pantser.  At one point during the writing of this book, I tore it apart and restructured it completely. That was a terrible mistake and cost me a lot of time and momentum to discover that my initial plan of how the book should flow was correct. From that frustrating experience I’d like to think that I learned the lesson of listening to my own instincts when it comes to building a book.

In the mystery Special Risk, Japanese-American insurance investigator Valerie Sloan searches for a missing guitar in Philadelphia. During her investigation, she confronts an Asian crime family and discovers a connection to her past. 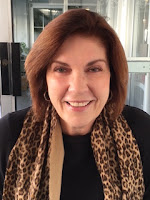 Sandy Nork is a writer, librarian, and musical tourist who lives in New Cumberland, PA, with her musician husband and his collection of guitars. Recently she vacationed in Nashville, the home of country music. While there, she researched at the Nashville Public Library, several museums, and – of course – the local restaurants. She plans to include anecdotal souvenirs from that trip in her next book, Flood Risk.

Did you know musical instruments could be worth so much money? Have you ever heard of 'special risk' insurance? Are you a plotter like Sandy or a pantser?