Thanks, Susan, for letting me take over your blog for the day.

While Wielder’s Prize is my debut novel, it’s not the first novel I wrote. In my teens and early twenties I wrote two massively-epic length fantasies. I didn’t finish them. After a long break from writing fiction, I wanted to dive in again with something new. It takes time to build a world from scratch, so I decided to base Wielder’s Prize in my pre-made world, set a thousand years later. Place names on a detail map and the world’s history were already done. I have a deep love of the eighteenth century tall ships, so I decided to build the story from there. At the time, I didn’t write any outlines so the adventure was as much a surprise for me as it was for Jasmine, my main character.

Confession time: Getting no further than its first draft state, I set the story aside. I foolishly thought it wasn’t good enough. Years later—yes, years—I read through it. Even though it had missing sections, mainly descriptions, it was good. Way better than I had thought. I felt like such a goose because of all that wasted time. I quickly polished it into a little gem. And I learned an important lesson: Don’t let doubts hold you back. If there is something you want to do, stop comparing yourself to others, stop listening to your fears. Get off your proverbial and get it done! If you hit roadblocks, then find a way around. Time is short. Don’t waste it.
Wielder’s Prize by Elle Cardy
A young adult fantasy adventure
To survive the outside forces, she must first control the inside forces.
Snatched from the only home she’s ever known aboard the Wielder’s Prize, Jasmine is forced to work as a crew member of a different ship. To survive, Jasmine must dodge her captor who has a personal vendetta against her, outsmart a fearsome magic wielder who has taken a dangerous interest in her, and get back to her ship. Somehow.
Just when she thinks things couldn’t get worse, she learns she too is a wielder—an untrained wielder who is a threat to everyone on board if she can’t control her magic. And she’s not the only out-of-control wielder on the high seas. The secret of that wielder could shatter everything Jasmine thought she knew.
Time and hope is running out. At any cost, she must get back to her ship and discover the truth behind all the secrets before everything is lost.

The ebook and paperback are now available on Amazon
https://amzn.to/2kaZKSV

A tense adventure that will keep you guessing with all of its wicked twists and turns. – Alex J. Cavanaugh, best-selling author

Jasmine is one of the most fully realized fantasy characters I've read in a long, long time.—Tyrean Martinson, author of Champion in the Darkness 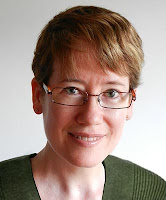 About the author:
Elle Cardy is the pen name of Lynda R Young. She is an author, editor, game developer, 3D artist, graphic designer, photographer, gamer and so much more. Wielder’s Prize is her debut novel, a YA fantasy adventure. She also has a number of speculative short stories published in print and online. Having lived in Sydney most of her life, she is now living in Brisbane with her sweetheart of a husband.