The Next Big Thing

Thanks to David Powers King who passed on The Next Big Thing to me. I've put it off for a few weeks because of the super duper blog fests I've been enjoying as a participant and a visitor lately. Time to catch up with this before next week's Monstrous Monday Blogfest sponsered by Tim Brannan at The Other Side.

Now to anwer the questions about The Next Big Thing

1. What is the title of the book I'm working on?
The Heir of Futhark, Book #4  and the final installment of The Futhark Chronicles.

2. Where did the idea come from?
This ending for this series has been in the plan since I wrote the first book four years ago.

3. What genre does it fall under?
This is classic epic fiction where the hero and heroine must save mankind from an evil entity with magical abilities. 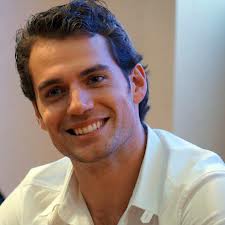 4. Which actors would you choose to play your main characters in a movie adaptation?
I want Henry Cavill as Cage Stone. I'm sure it will be a bigger role for him than Superman. And Amanda Righetti from The Mentalist will be a perfect Sabelline Shelton. She's tall and built like an athlete.

5. What is a one sentence synopsis of your book?
Cage and Sabelline search desperately for a means to defeat the god-like being they're released into the world before all mankind falls under its evil spell.

6. Will it be self-published or represented by an agent?
This is the series I reclaimed from a publisher who decided to take their business in the direction of celebrity books after they published the first two books in the series. I'll be self-publishing it.

7. How long did it take you to write the first draft?
About seven months, which is about normal for me.

8. What other books within the same genre would you compare it to?
I would compare it to Brandon Sanderson's Mistborn in that the fantasy world isn't huge and sprawling though there is more magic in his story.

9. Who or what inspired you to write this book?
I've always loved fantasy. Like most fantasy lovers, at some point I read Tolkien and the rest is history.

10. What else about the book might pique the reader's interest?
If you read the first books in the Futhark saga, all the mysteries and questions will be answered in this final book. By the last page, you'll understand the history of Futhark and the direction the world is going. There's action, love and death. There's sadness and triumph though the final victory comes with great cost. I hope you all want to know how it turns out.

Thanks, David, for passing this on to me. Talking about it helps get me motivated to get those edits done.  Part of this if for me to pass this on.

Let me introduce by friends to a writer who is a newly published author. Gerry Trust has been a friend of mine for many years and I'm so happy for her success and never say quit attitude.

Stop over and see what David is up to. He's a very busy blogger and has something new up almost every day. I'm glad I found him through some blog hop or other.  Check out Gerry Trust and wish her luck.

Posted by Susan Gourley/Kelley at 6:00 AM