Don't Come Back No More

My daughter and I have the best conversations about books and entertainment when she's home. We both caught up on Doctor Who over the weekend and (SPOILER ALERT) and cried together when Clara Oswald died. Clara has been almost dying or thought to be dead for a while now. We loved her as the Doctor's companion but now she's gone, and because the actress is leaving the show, we know she'll stay gone. Unlike the inability to die of other fictional characters such as many, many of the recurring characters over the yeas in Doctor Who. 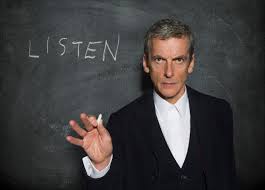 I've been a Supernatural fan since the show started ten years or so ago. And I don't want either of the main characters to leave the show, but seriously? Those guys have died so many times and have been brought back along with other members of the cast. 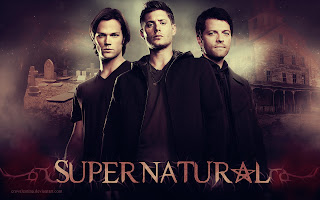 We've all read books or watched movies where a characters dies but then surprise! They're not dead. It was a trick, magic or some intricate plan to fool the enemy. But it doesn't always delight the audience. It has to make sense in some way. In Supernatural, well it's supernatural. There are angels, demons and visits to hell, heaven and everything in between. Anything can happen. But if dead doesn't mean gone, the emotional impact of the loss is not only lessened but lost entirely.

Crime shows fake death all the time. How often is the same trope used? If a writer is going to do this in their book, they must find a way to make it fresh and new. In real life, faking a person's death would not be near so easy so how do writers make it believable? What are the complications? Does it help the reader or viewer connect to characters and does the plot remain believable?

Don't forget, IWSG post time is this Wednesday. We can all bemoan the fact that December is upon us and the end of the year in sight. ALREADY! I'm still shaking my head in amazement at the terrific short stories submitted by this impressive groups of writers for the anthology contest. The entries were awesome!

Can you name another show or book that uses the fake death or return from death trope? Does every crime show use it at least once every season? Perhaps I just want to know how Jon Snow is not dead this season. Are you ready for December?

For cyber Monday, I'm going to order a book online. I have a B&N coupon for 20% off and my daughter has three books on her Christmas list. Are you shopping today?