All kind of great things from the past week. This past Saturday was my birthday. Five of six children filled the house for a little celebration. Food and then more food. Thoughtful gifts and joyful company. The missing son and his wife visited on Sunday with more of the same. I'm so lucky. My youngest son took me to the movies as a gift. We saw Dr. Strange, which was great. But how could anyone watch that in 3D? Wow. I got a little dizzy on a regular screen.

"The best smell is bread; the best savor is salt; the best love, that of children." George Herbert

I hope you have a chance to see the Supermoon. The Full Beaver moon is going to be bright and close by. If you don't know what a supermoon is, read about it here

This is the closest and brightest a full moon will be since 1948 and it won't occur again until 2034.

As part of my birthday celebration, my husband and I are going out of town for a few days. Both of us can't wait to spend time doing nothing but whatever we want.

Another book signing next Sunday, the last of 2016. So far this year, I've had pretty good success at signings but it's like writing itself. Don't count on a great hourly rate.

Though the election is finally over, the country seems more divided than ever. I think we need to think of people as individuals. Treat people with kindness and stop judging people with such broad strokes. If you voted for Trump, it doesn't mean you're a bigot, racist or sexist idiot. If you voted for Clinton, it doesn't mean you're a liar or person looking for freebie government handouts. Because the government and media say we are a country divided, it doesn't mean we have to agree or act in such a way. Reach out and bring America together again. 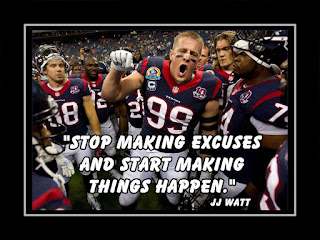 Next week, it will be all about thinking about Thanksgiving. Can't believe it's almost that time. Now I have to go pack.

What do you think you're hourly rate is as a writer? Are you going to check out that Supermoon? Does 3-D movies mess with your head?