Today is the new moon and I also have a new book released by my romance publisher. The Warrior and the Biologist is the first in my new series of science fiction romance novels. Mankind must trust their continued existence to a mysterious alien warrior when a predator impervious to all known weapons descends on their space colonies. 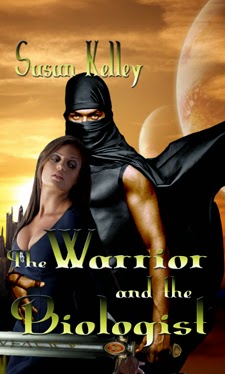 The series is called the Warriors of Gaviron and the next two books are in development. That means I'm writing some really bad first drafts and hoping to have the second book ready by the end of the year.

As per my other books, my publisher sells new releases exclusively from their website for the first few weeks after their release. This practice makes more money for them and for me. It also takes advantage of their regular customers who are quite numerous. Small publishers come and go. New Concepts Publishing, though not the largest small publisher, has been around longer than most of them. Some of you may have heard of the latest small publisher struggling with revenue. Ellora's Cave has been around for quite a while also but they've cut staff and their authors are worried. Here's more detail in an article on Publishers Weekly.

The last book in my Recon Marine Series, The Marine's Doctor, is now available at all major ebook retailers and is enjoying good sales on Amazon and has garnished some nice reviews here and there. It wraps up that series and answers all the threads of that futuristic world. 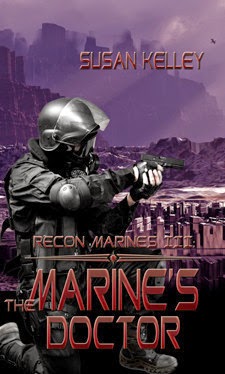 I'm looking forward this week to the release of Brent Weeks newest book, The Broken Eye. It's the third book in his Lightbringer series. Can you tell I love to read and write series. I'm also looking forward the DVD release of season one of The Musketeers, the latest remake of that story by BBC America. It's very entertaining if you haven't checked it out yet.

Have you heard about Ellora's Cave and their troubles? Any new books or movies coming out that you're looking forward to? Should I be worried that the warrior on my book might look like a terrorist instead of an alien using a mask to protect himself from Earthling germs?

Posted by Susan Gourley/Kelley at 3:30 AM

Email ThisBlogThis!Share to TwitterShare to FacebookShare to Pinterest
Labels: The Broken Eye, The Marine's Doctor, The Musketeers, The Warrior and the Biologist